Buhari’s one year in office is a complete disaster – Fayose

GET YOUR BUSINESS FEATURED ON STARMUZICS MAGAZINE

Check Out Best VIDEO OF THE WEEK.

Governor, Ayodele Fayose, of Ekiti State, has described President Muhammadu Buhari’s one year in office as a “colossal waste”.

Buhari was sworn in as the President of the Federal Republic of Nigeria on May 29, 2015.

Fayose, who is one of the most unrelenting critics of the present administration, said with the recent hike in fuel price, the Federal Government is indirectly collecting N58.50 naira tax on each litre of petrol from the Nigerian masses.

He said this in a statement titled; “Petrol Price Increment as Buhari’s 1st Year Anniversary Gift to Nigerians.”

“Despite his electoral promise to reduce petrol pump price from the N87 per litre that he met it, President Muhammadu Buhari increased the price to N145! With this increment, Buhari has further impoverished Nigerians,” Fayose said.

“Nigerians should be reminded that on April 14, 2015, President Buhari’s ally and former Minister of Petroleum and Energy, Prof. Tam David-West, told Nigerians that Gen. Mohammed Buhari (who was then President-elect), will reduce the fuel pump price from N87 to N40 per litre. Buhari did not debunk this statement made by his friend and major supporter.

“Also, when the Peoples Democratic Party (PDP) government of Dr Goodluck Jonathan reduced the petrol pump price from N97 to N87 per litre in January 2015, former Lagos State Governor who is now Minister of Works, Power and Housing, Mr Babatunde Fashola said N10 reduction of the petrol pump price was too low and that Nigerians will get a better deal under Buhari. Fashola tweeted on January 18, 2015; ‘On PMS price reduction by N10. Now they listen. Oil the raw material drop over 50%, N10 is just about 10%. Good try but Nija can get a beta deal.’

“In rewarding Nigerians for electing him as president, President Buhari opted to increase petrol pump price by N58.50!

“The first justification of the increment was removal of subsidy. But Nigerians were later stunned when the Vice President, Prof Yemi Osinbajo said pump price of petrol was increased because Nigeria was broke!

“In other words, President Buhari increased petrol pump price because the country was broke and it needed to shore up its revenue base. The N58.50 added to the previous pump price of N86.50 was an Indirect Tax imposed on each litre of petrol purchased by Nigerians.

“Simply put, the Federal Government is indirectly collecting N58.50 naira tax from suffering Nigerians on each litre of petrol they buy. Buhari is no doubt acting like the proverbial Agbalowomeri Baale Jontolo (A king that exploit his extremely poor subject to further enrich himself)”, the Governor said.

Fayose further stated: “It is on record that on May 2 this year, the federal government, in the Petroleum Product Pricing Regulatory Agency (PPPRA) Template released in Abuja, told Nigerians that it was subsidising petrol at N12.62 per litre.

“In 2012 when the Dr Jonathan removed fuel subsidy and increased petrol price to N141 per litre, crude oil was selling at $111 per barrel.

“If not wickedness, how can petrol price be increased to N145 per litre when crude oil is now selling at $49 per barrel?

“Increasing petrol pump price by N58.50 when the federal government claimed it was subsidising the product at N12.62 per litre is clear wickedness on the part of President Buhari.

“In the history of Nigeria, increase in price of petrol has never been as high as it was done by Buhari, putting Nigerians in severe hardship as the product affects every sector of the economy.

“Too bad, those who opposed removal of fuel subsidy in 2012 and funded the Occupy Nigeria protest are the ones canvassing support for this Buhari’s wicked one year anniversary gift to Nigerians.

“The labour unions are now completely cowed, dashing completely hope of the common people of Nigeria.

“Interestingly, this is not the first election promise by APC/Buhari that have been jettisoned since they got into office. The N5,000 unemployment benefits promised the downtrodden was derisively put down by this President as “largesse” with the president spurning the emotional plea of his own wife to the contrary. To add salt and insult unto injury, he traveled abroad to make the statement.

“Despite the mindless and indefensible hike in fuel price, the commodity is still not available. Minister of state for Petroleum says there is no forex to pay for fuel import; yet there is forex to indulge Buhari’s foreign-trip profligacy.

“Presidential spin doctors and APC chieftains labouring to hoodwink the people speak glibly of how so-called deregulation will make products available, reduce cost through competition and the interplay of market forces as well as encourage private sector to build more refineries. But thank God who loves Nigerians so much, the lies of these people was by divine arrangement, I suppose, revealed by no less a person than the junior minister Ibe Kachikwu himself when he said importation of fuel continues till 2019.

“Nigerians should be reminded that the manner of hardship being faced now was also faced during Buhari’s first coming as a military dictator when people had to queue for essential commodities. Now, Nigerians can’t even afford common tomato to prepare soup.

“So Nigerians you have heard the truth: Under Buhari/APC, it is almost certain that our suffering will continue till 2019.”
Fayose warned that if nothing is done urgently, Nigeria’s economy would collapse, adding that Nigerians made a wrong choice in Buhari.

By Sam Bob in General News on May 26, 2016.
← Ronaldo Plays down Injury fears Watch Out for this Movie: SPLATTER → 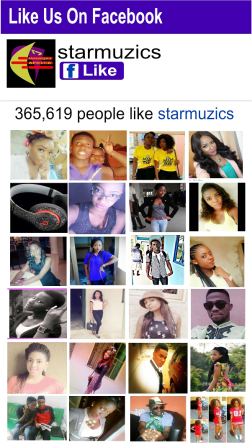